Smack bang in the middle of bustling Shanghai, next to a shopping centre, under skycrapers and above a metro station is Jing'an Temple. It's a weird spot for a temple, but hey, we decided to scope it out. It's easy to get to on the Shanghai metro – just above Jing'An Temple Station.

It's a strange feeling, walking past a massive L'Oreal display through the shopping centre arcade, and then entering a temple (30 yuan entry fee) and seeing 2 large pine trees and large courtyard.

The original temple was built in 247 A.D. and then relocated to the current site in 1216.

Excerpt from the back of the ticket (yes, such is the historical/ cultural expertise of this blog):

"The Jing'an Temple is famous for its "Eight Sights". A poem named "Eight Odes to Jing'an" gained popularity in the late Yuan Dyansty.

A copper bell (Hongwu Bell) made in Mong Dynasty is stilll in the temple today. In 1903, the Chinese Buddhist Association and the Jing'an Temple as its headquaters and made the temple one of the national Buddhist centres at that time. In 1953, Master Chisong enshrined Zhenyan Sect (Esotericism) altars in Jing'an Temple, and thus retrieved the Zhenyan sect which had been lost for thousands of years…..a collection of bronze, calligraphy, paintings and Buddha sculptures from various dynasties up to Western Zhou area." 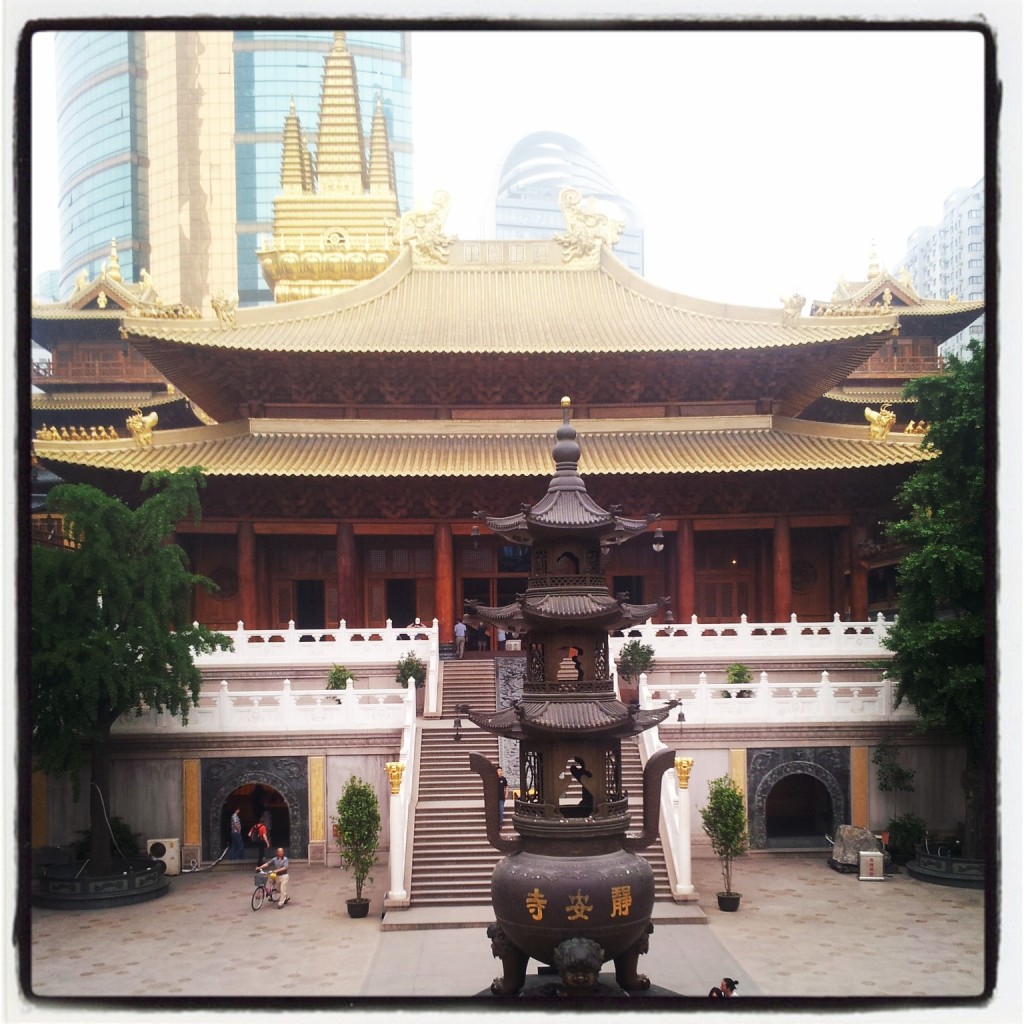 It was a weekday, so it was pretty quiet and empty. After lighting incense and praying, people were trying to throw coins into the large incense burner-thingy. The floor of the courtyard had lots of coins and Mum and Matthew got in on the act so I had to give it a go, too.  Mine got in (shwish!). Guessing it's for good fortune. 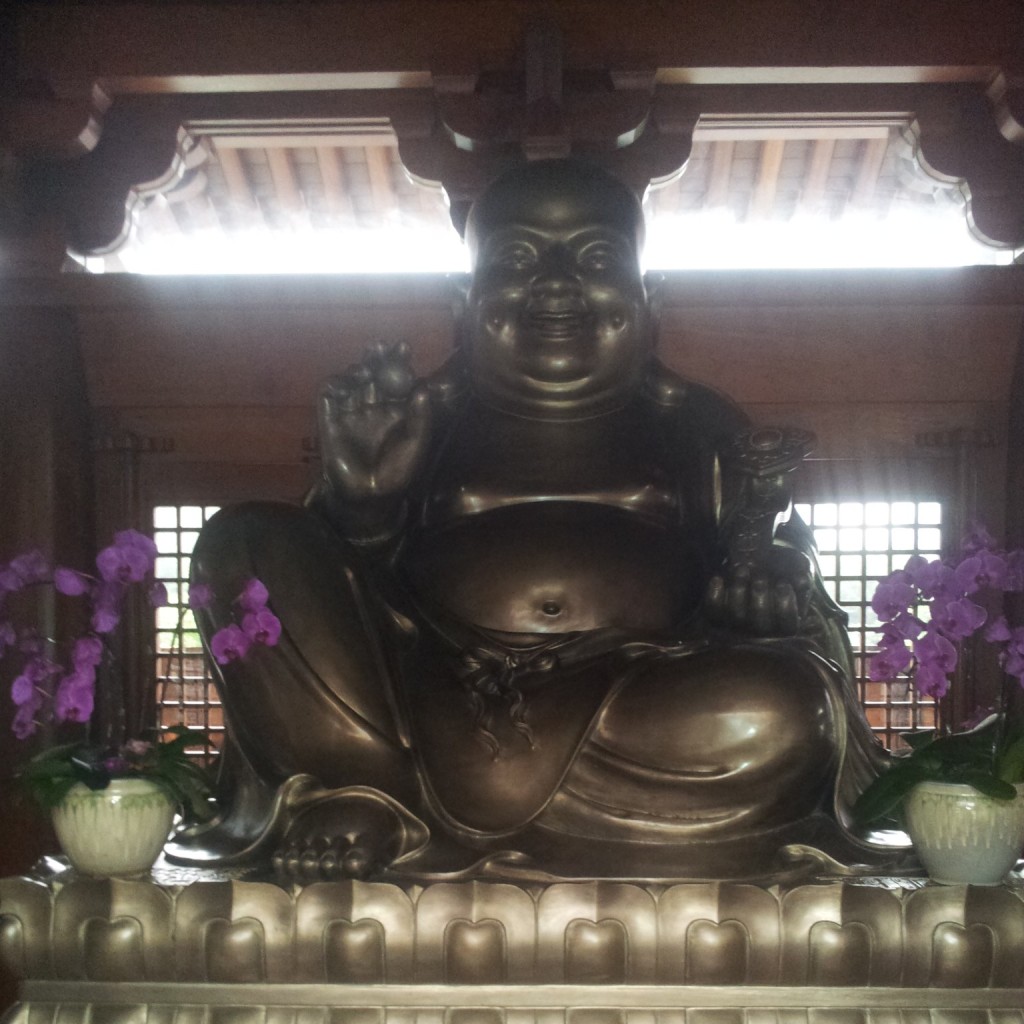 This happy buddha sits happily greeting most of the peeps on the upper level.  Love the dimples.

A few more grainy phone pics below. If you have only a day in Shanghai and you like temples, this is the perfect spot to take in a breath of fresh (metaphysical) air. 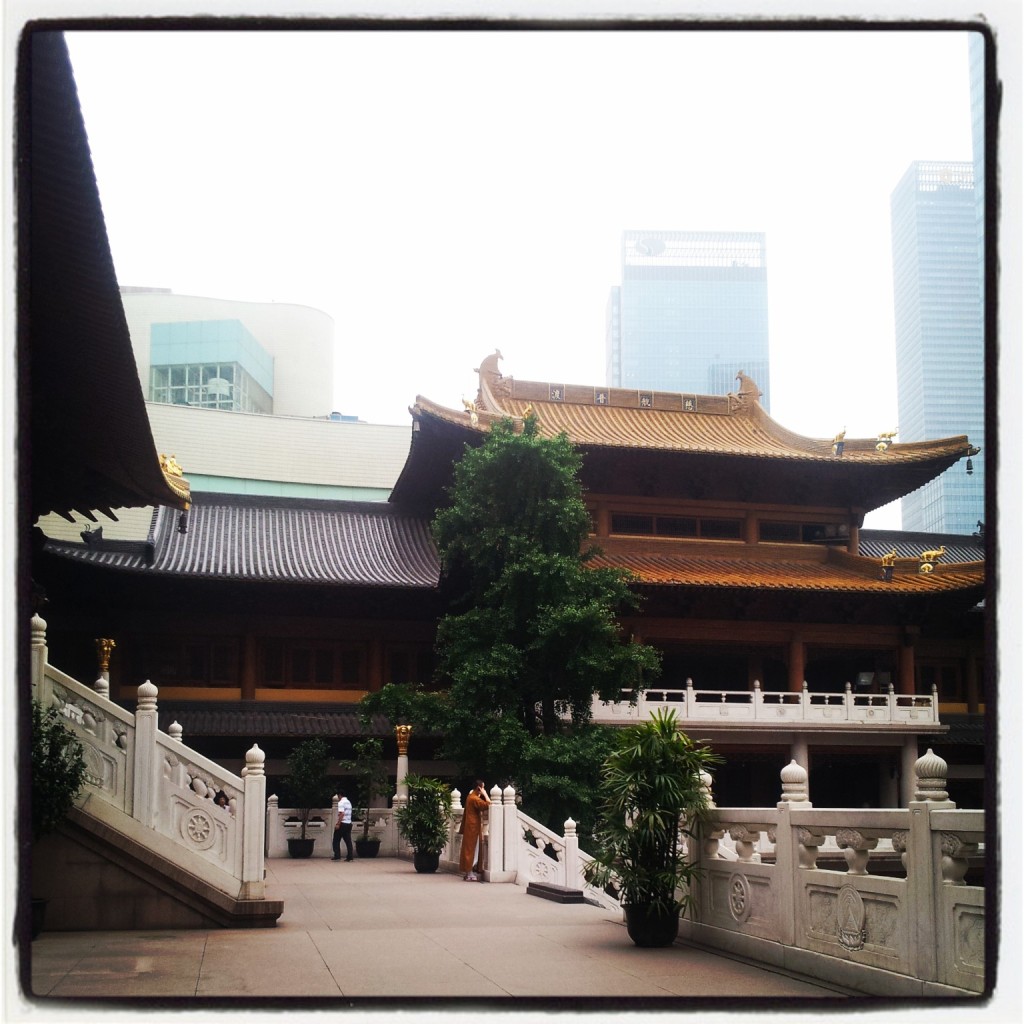 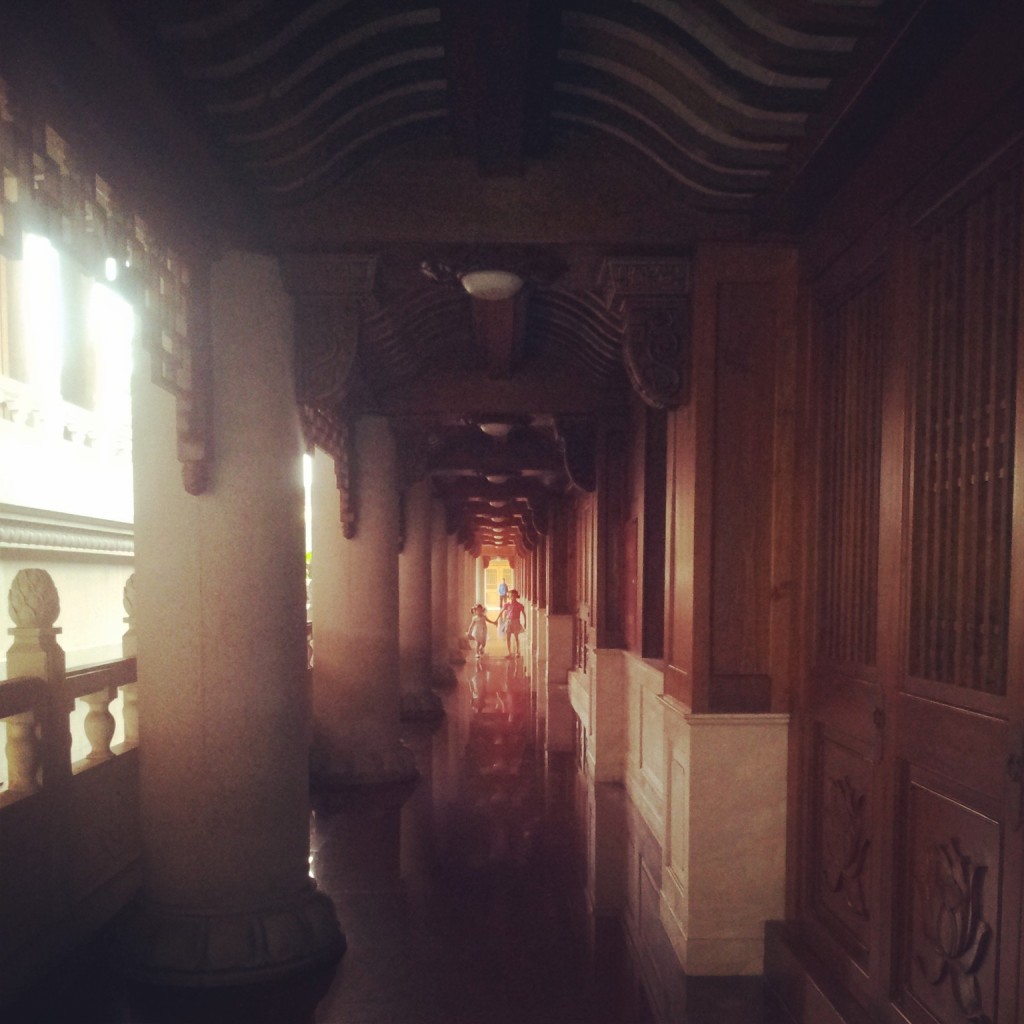 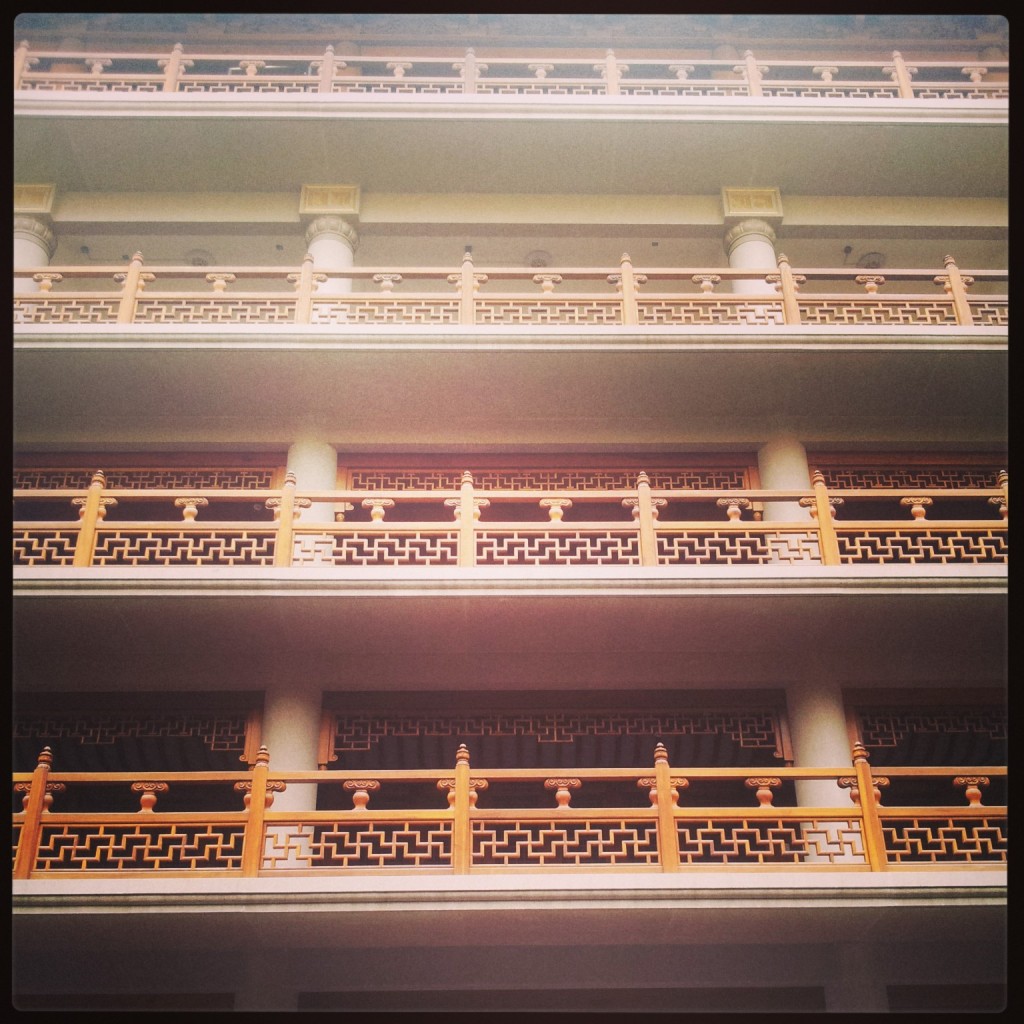 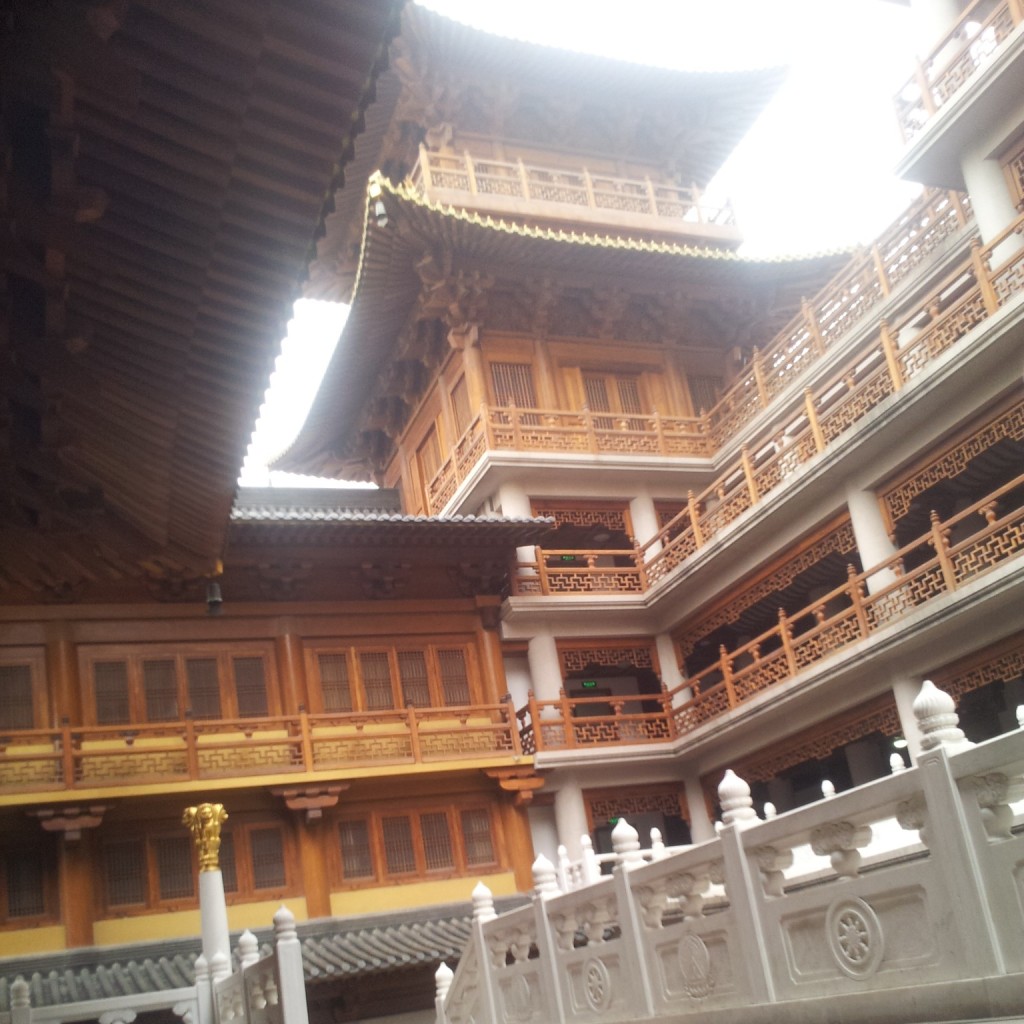 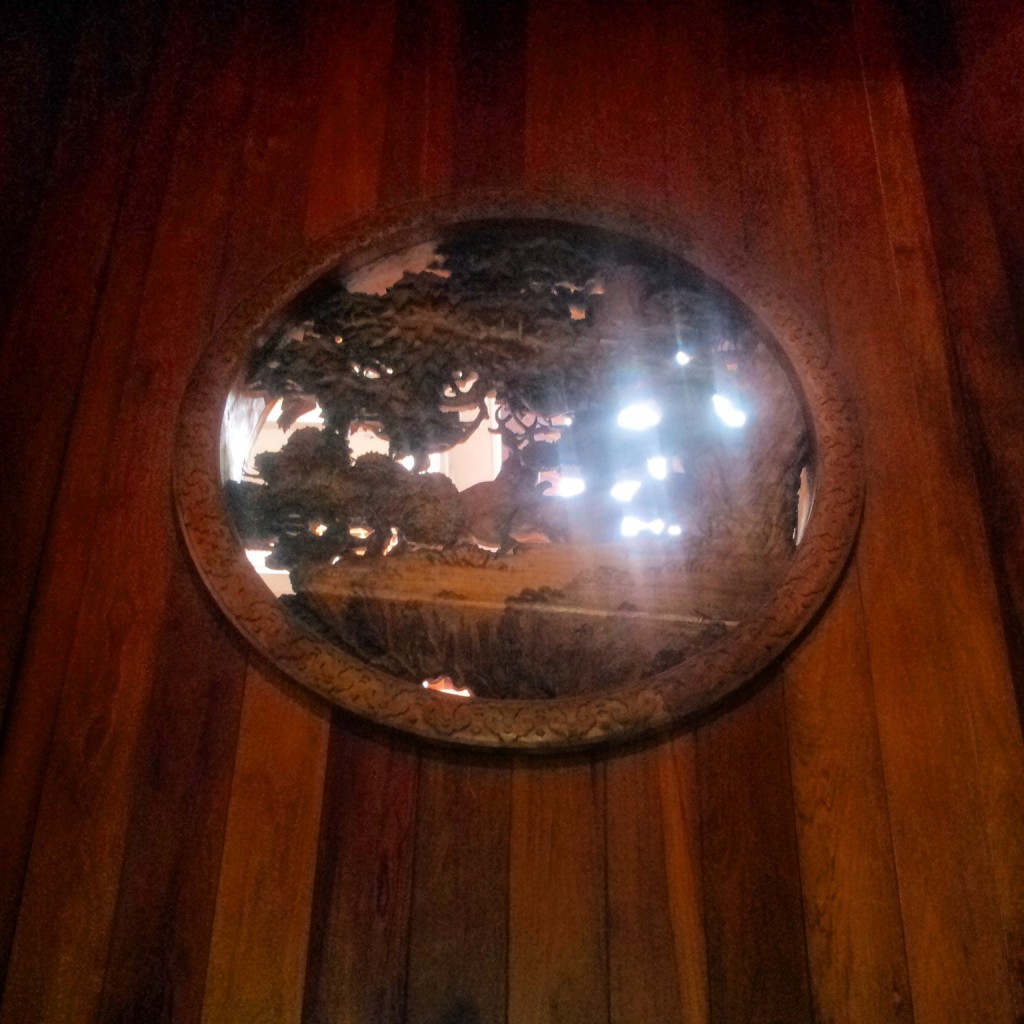 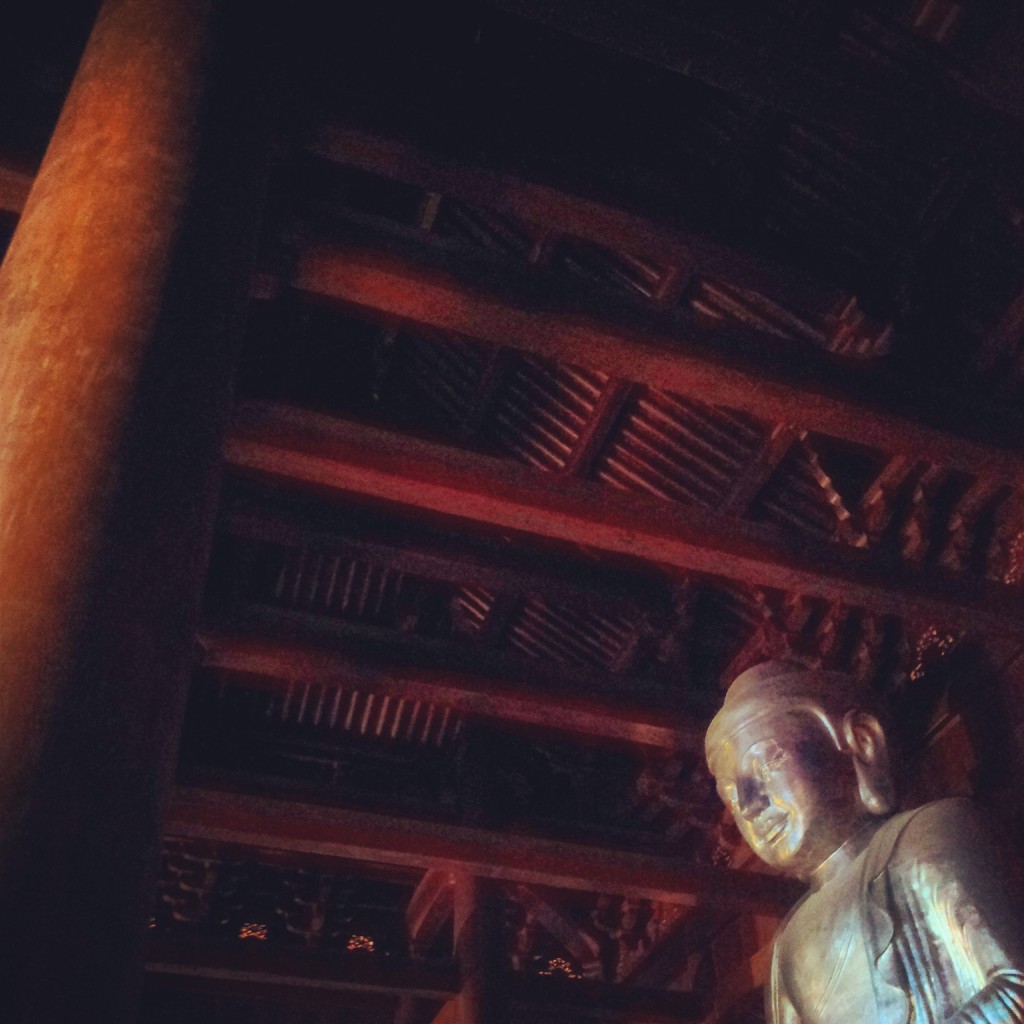 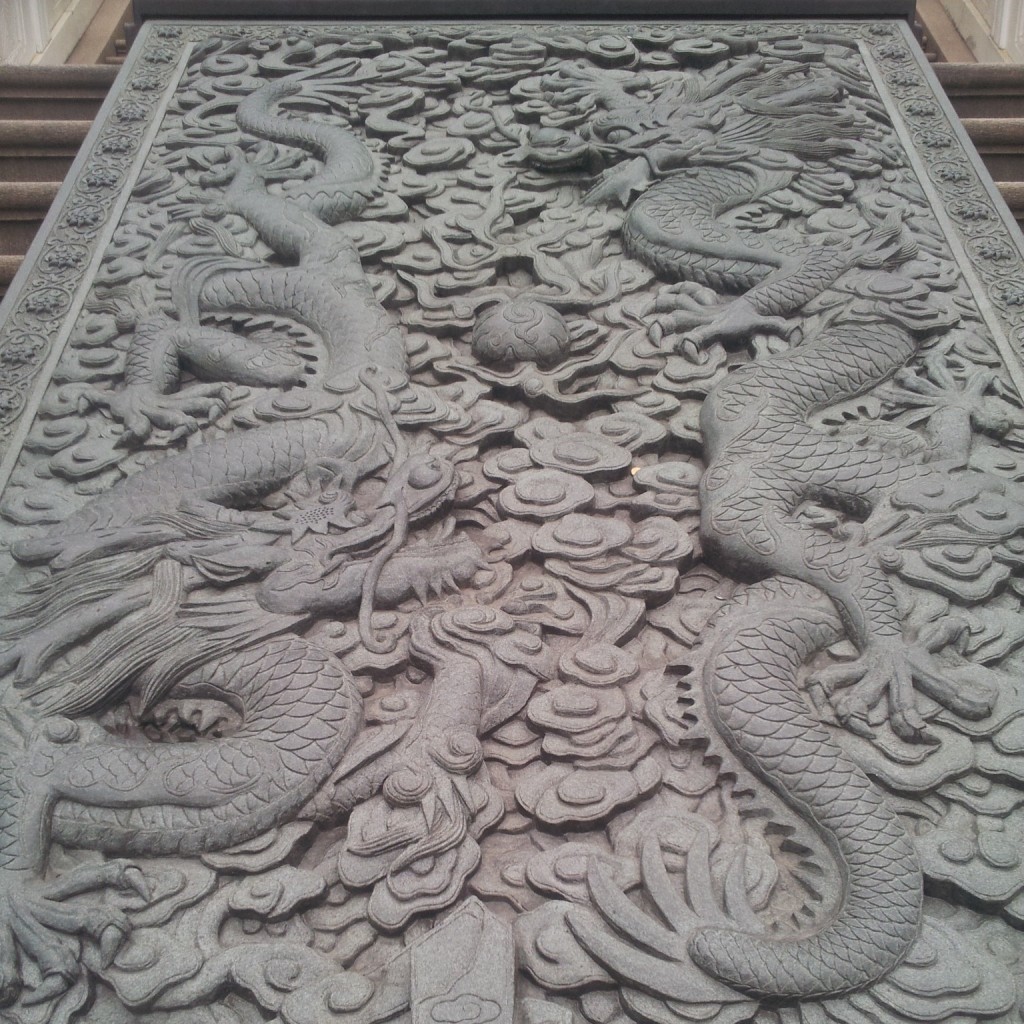 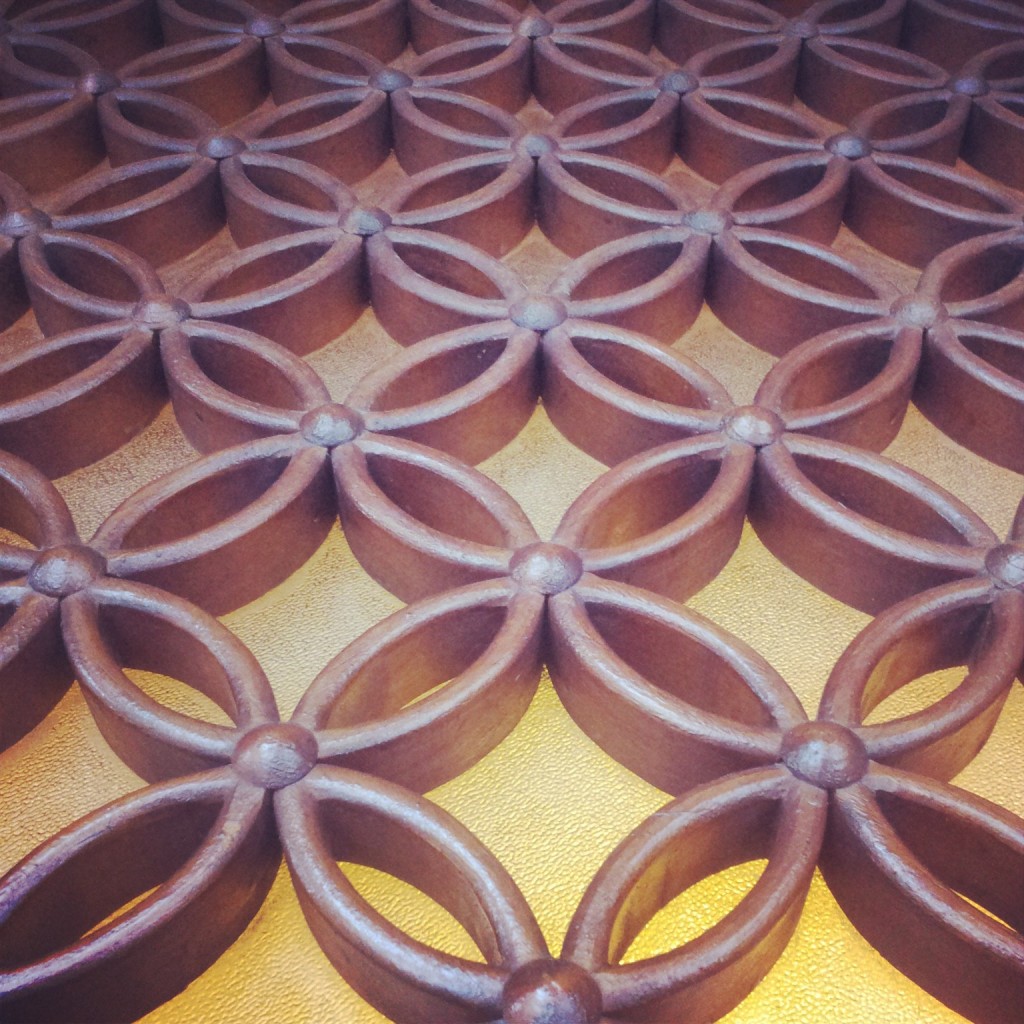 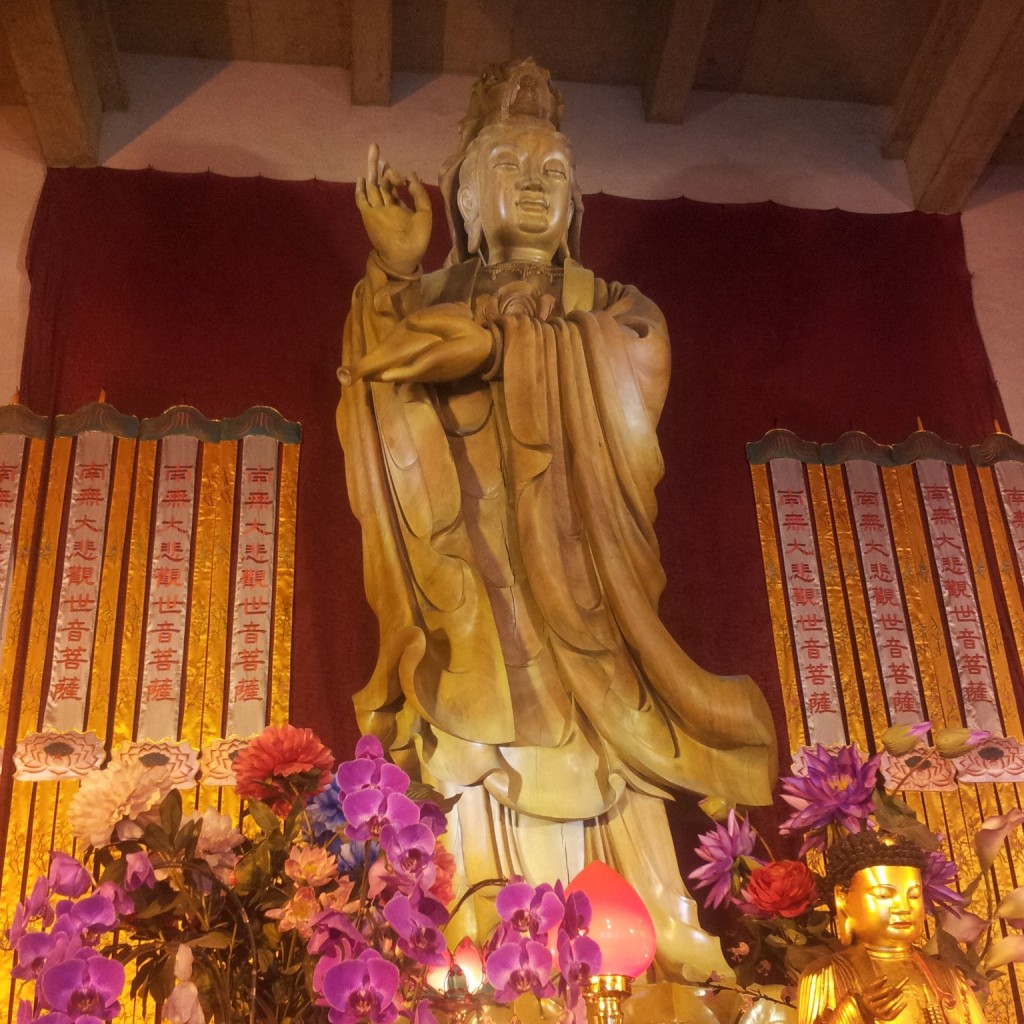 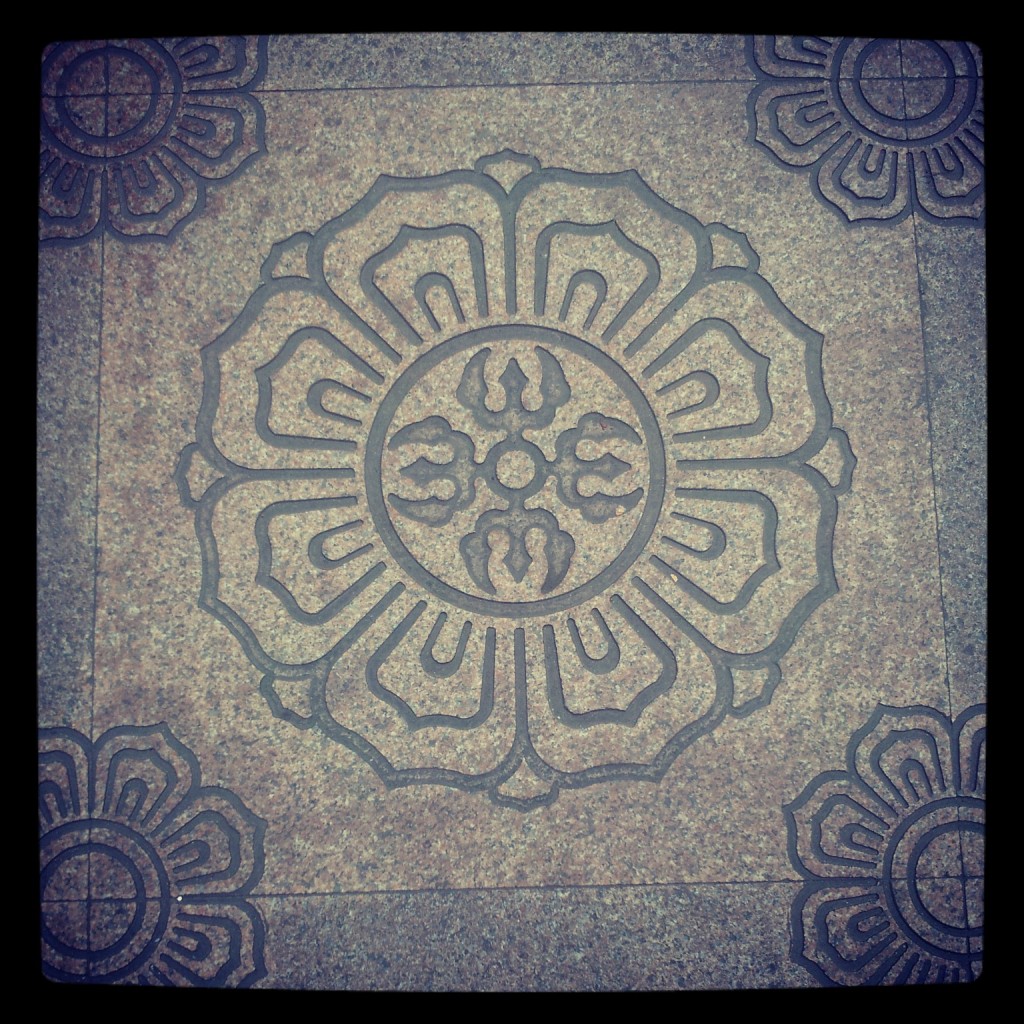 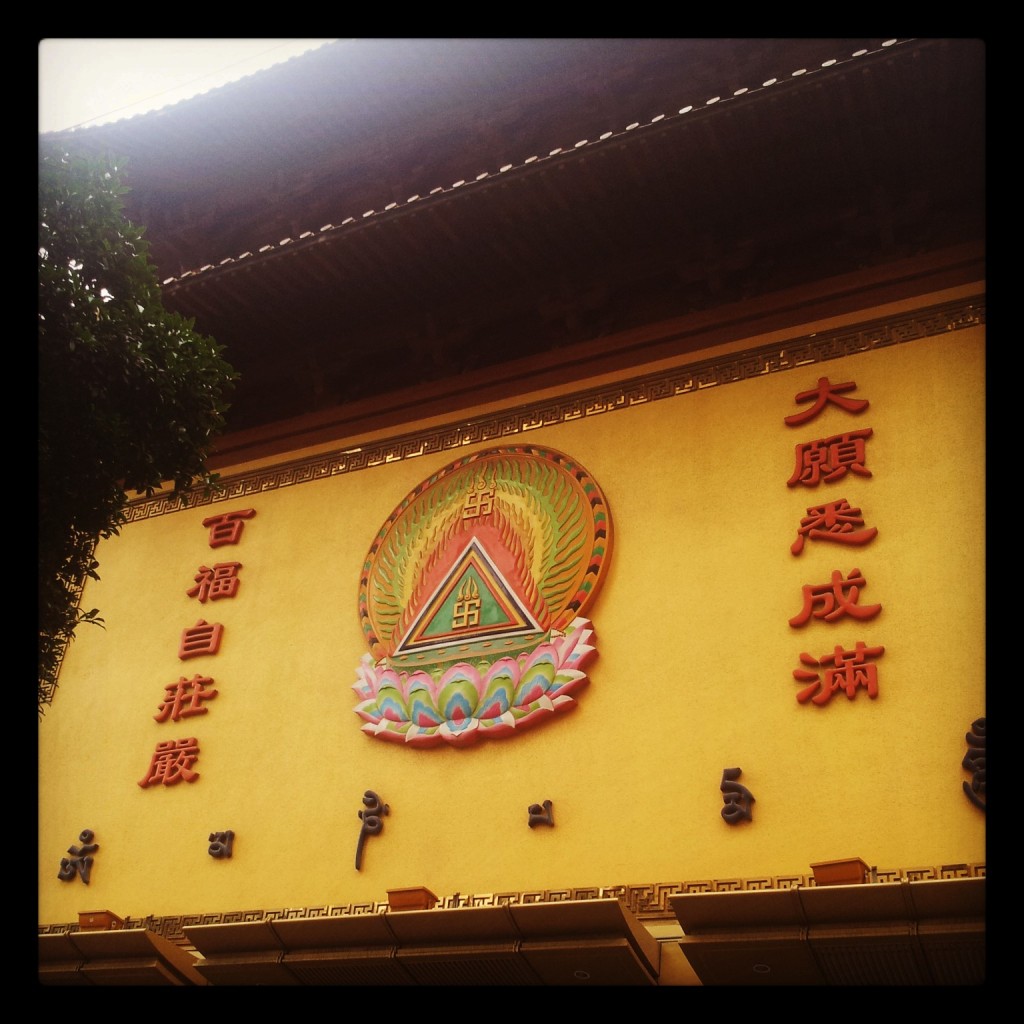