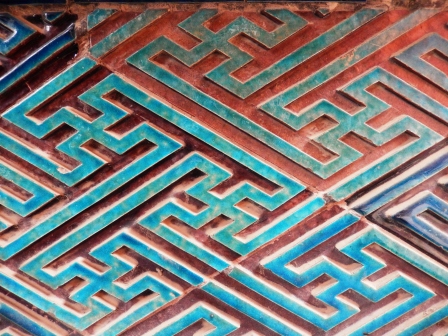 In China, there’s an abundance of the swastika symbol.

I think this presents a great opportunity to really delve into the history of this symbol, as it has only been tainted by nut-bags in the last 100 years.

It has a long history in ancient cities back in 1000BC, and is used in China, Japan, India, South East Asian countries and as religious symbolism for Hindu and Buddhist faiths.

The swastika has been used for 3000 years, predating the Egyptian ankh (apparently – here’s the link) and was always used to mean life, good luck….positive things.

It’s a shame to all cultures that this once positive symbol has fallen into the hands of crazies and has become MORE well-known for it’s negatives than it’s positives.

However, in parts of Asia, the swastika is still used widely as a positive for religious and cultural references, and has NO link whatsoever to hatred or death.

Should I buy a t-shirt with a swastika on it and walk around? No, that’s not what I’m suggesting. I do think that the use of it for positive symbolism or religious purposes should be brought to more awareness, as a positive reference. If the swastika is not of religious relevance to you, I don’t think you should bandy it around, but I do believe symbols need to be “taken back” rather than handed over to psychos.

In dismissing the larger positive history of the swastika, we allow the ownership of its history by a loud and hateful minority.

I believe we should still acknowledge it’s current representation as a Nazi symbol, but we should definitely educate ourselves on it’s original meaning so we can snuff out the racist idiots that are ironically using a symbol that originated in India and is prominently used in Asia.

As I said in my earlier post, imagine how many tats would need to be surgically removed once knowledge of the swastika’s origins are wide-spread.

It reminds me of a Dave Chapelle sketch where he plays a blind KKK leader and tells his klansmen he’s no longer afraid of hiding “under the hood”, so he takes it off at a meeting and the group reacts in disgust and trauma, vomitting and crying all over the place when they realise he’s black. (Ah, good times, good times!).

Knowledge is power. And in this case, it’s also ownership. Time to take the swastika back.

Update 2017: Here’s a deeper look at how educating about the Swastika myth can empower ourselves against white supremacists. 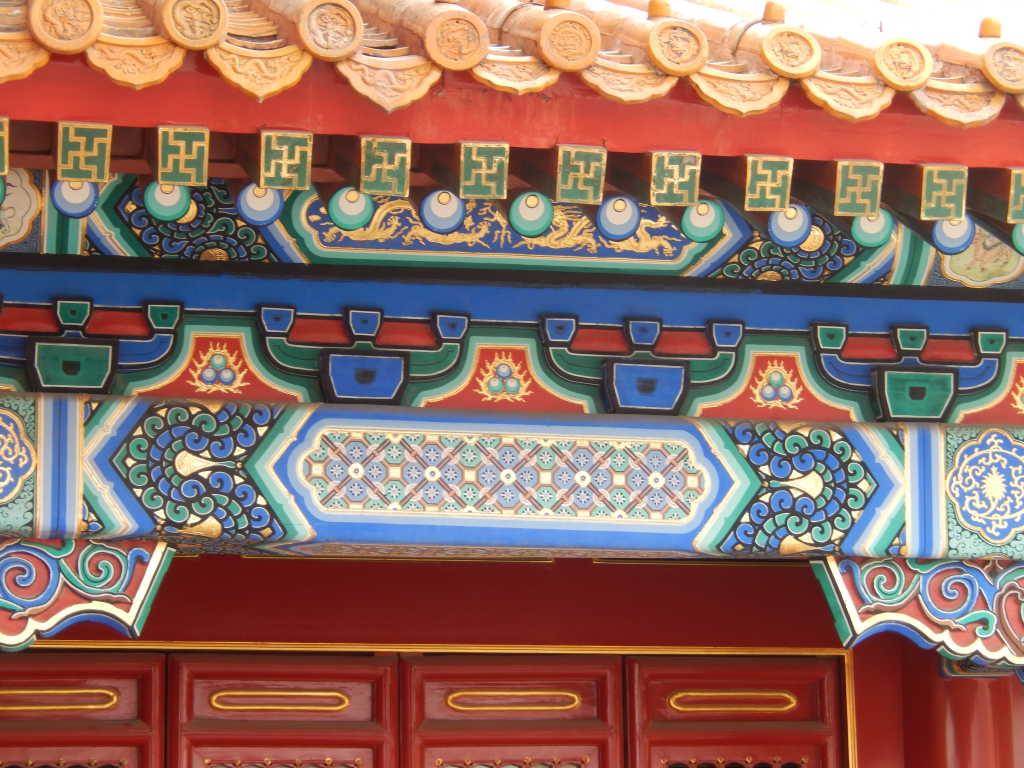 Swastikas used as a symbol of good luck & positive energy on the roofs of many, if not all, of the buildings in the Forbidden City. 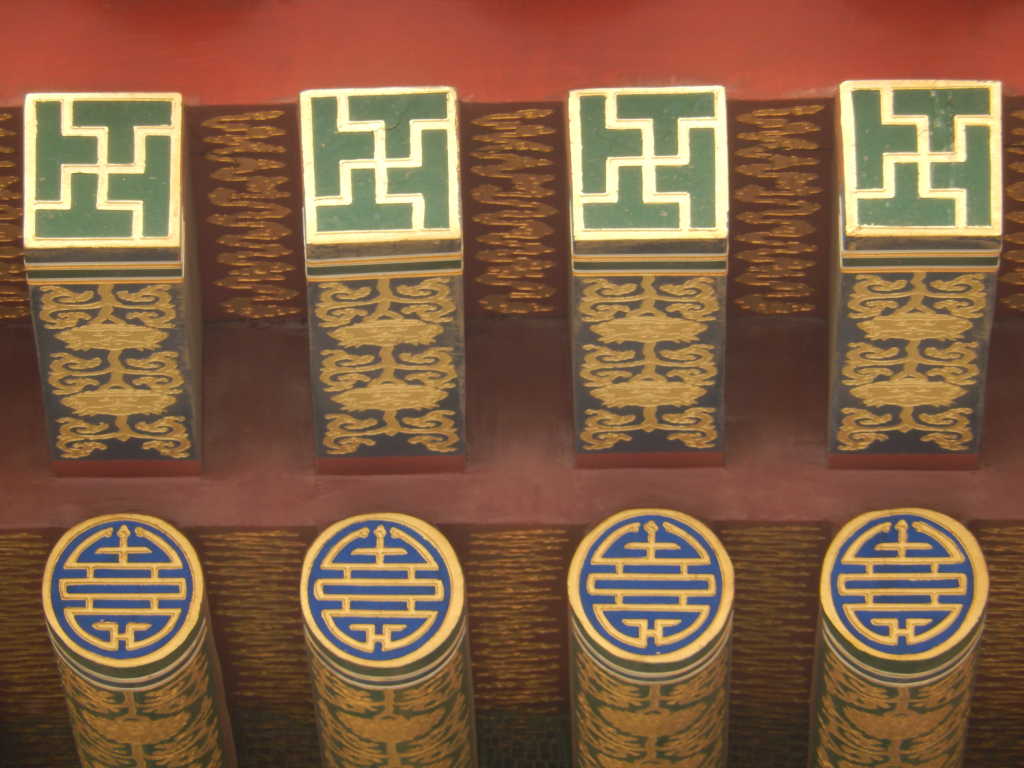 Close-up of the symbol. 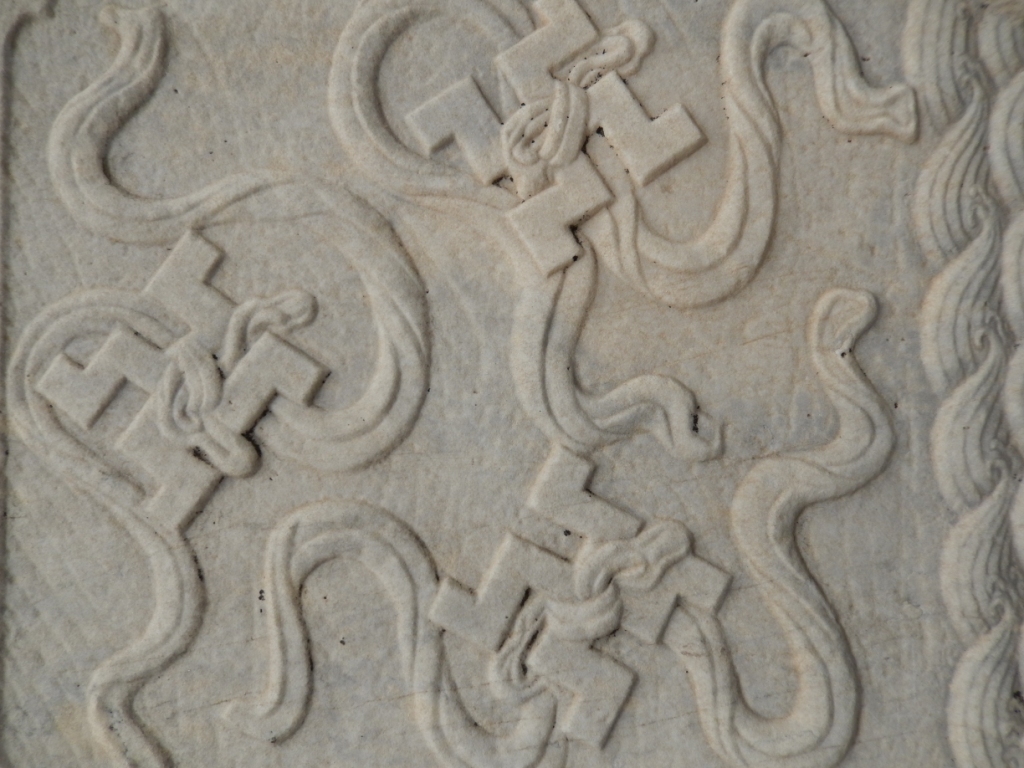 Carved into a statue at the Summer Palace (near the lake), Beijing. 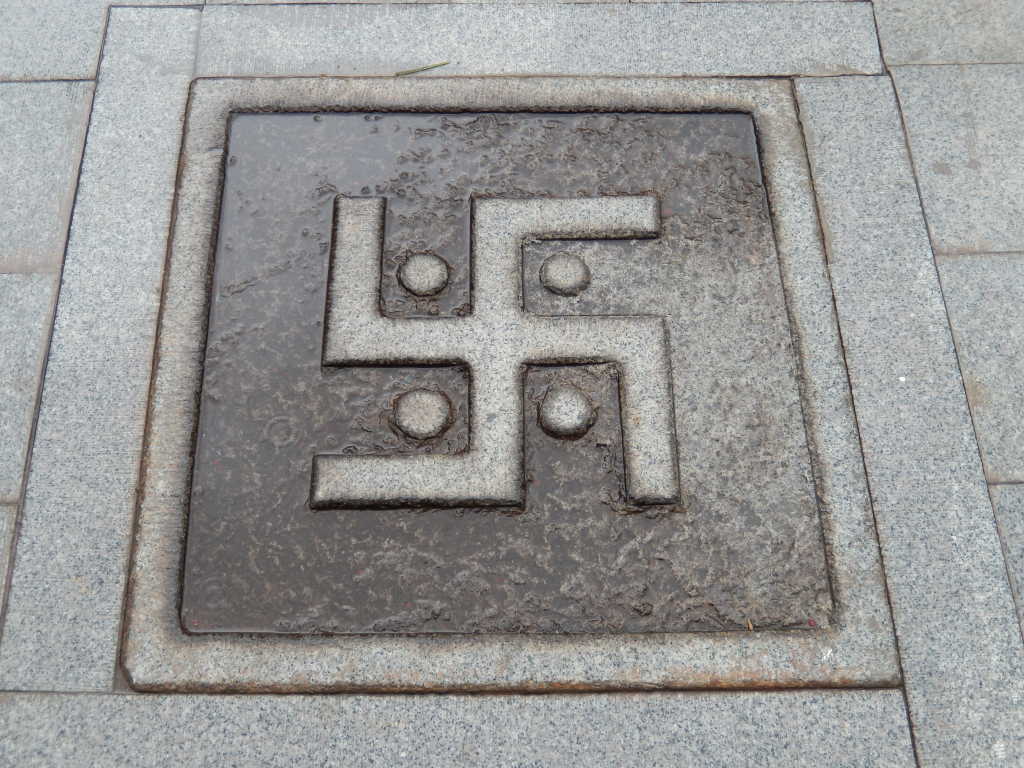 Carved into the courtyard of the home of the 11th Dalai Lama, in Lhasa, Tibet (now the Yabshi Phunkhang Heritage Hotel).

2 thoughts on “Swastikas are Asian, y’all.”